Give the gift of Hofstra this season! If you’re picking up your student this week to bring them home for break or finding yourself on campus and maybe needing to do some last minute gift shopping, here are some great gifts that your student, loved ones or friends are sure to enjoy.

Tips for Getting Your Student Ready For Winter at Hofstra! 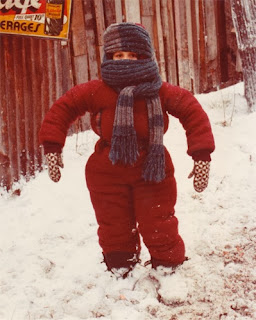 As your student may have told you, it’s getting cold here at Hofstra. We have already had a couple of white mornings. While some students are used to the cold and love it, like Craig, a native Vermonter, others are going to feel father winter’s cold for the first time. Your student is probably wrapping up finals and term papers this week, but as he or she returns home for break or remains here at Hofstra for intercession classes, we would like to remind you of a few tips for getting your student ready for those cold months!

Read more »
Posted by Mary Coleman, Parent and Family Programs at 11:08 AM 279 comments 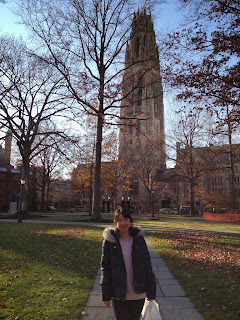 During Thanksgiving break, two of our International students, Mika Nakazato (China/Japan) and Fangqi “Bridget” Xing (China), had the opportunity to experience their first American Thanksgiving at the home of fellow student, Rebecca Putorti, sophomore, in Connecticut. Here is their correspondence from after their stay. 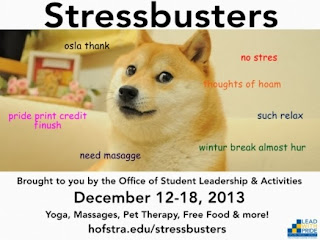 You're going to wish you were a Hofstra student yourself when you learn about the great de-stressing activities that the Office of Student Leadership & Activities has planned for your students to get them through their finals… like complimentary massages (now that's the life!).


From December 12th through the 18th, students cane take a break from the stress of final exams and papers, and find their inner peace during Stressbusters week. Students will enjoy free food with grab&go meals in the Student Center, some pet therapy by petting cute puppies and kitties today in the Plaza Rooms, yoga, and free massages!

Please encourage your student to visit hofstra.edu/stressbusters to find out more including a full list of dates, times, and locations.

Posted by Mary Coleman, Parent and Family Programs at 10:44 AM 617 comments 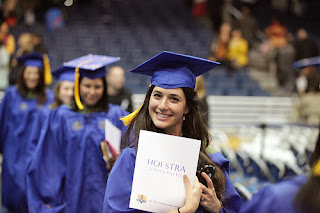 Many of you now are gearing up for the holidays and another special day – your student’s December graduation!
However, before the BIG graduation day here are some things you and your student should know:
Read more »
Posted by Mary Coleman, Parent and Family Programs at 11:36 AM 310 comments 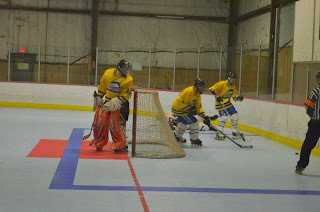 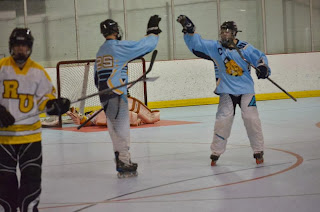 Posted by Mary Coleman, Parent and Family Programs at 11:25 AM 270 comments

Has your student ever told you their dream about visiting Germany, China, Italy, France, Japan or another country? Hofstra offers students 13 different countries to choose from through the Study Abroad Program.
Hofstra’s Study Abroad Program is offered during the January, spring (European Odyssey) and summer semesters. The programs allow students to earn credits while visiting another country and provide them with opportunities to learn about other cultures. While students are there, they will visit some of the countries’ well-known monuments, buildings, museums, and other sites that they may have read about.

On top of visiting a dream spot many of your student’s peers have made lifelong friends, met people across the globe and built a strong resume with knowledge of other cultures. These rewards will last long after their college graduation.

Over the course of the next few months, we will have guest blogs from students sharing their first-hand experiences about the Study Abroad Program. This will help you and your student gain insight on the program, what it’s like to visit a new country, and learn about a different culture while in college.
Is your student interested in learning more? Please encourage your student to contact the Study Abroad Programs office located in 107 Roosevelt Hall at 516-463-4765 or visit their website here.  Although the deadlines have passed for the January and spring 2014 program, there’s still time for your student to apply for the Summer 2014 Abroad Program! Your student can check here for upcoming informational meetings. The application deadline to the Summer 2014 Abroad Program ends on March 7, 2014. So, don’t wait, help your student get started now living their dreams abroad.


Posted by Mary Coleman, Parent and Family Programs at 11:25 AM 546 comments