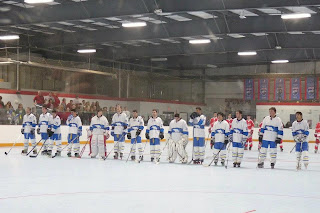 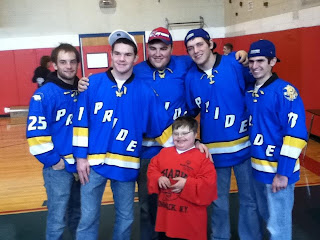 This past Tuesday, for the second time in as many general election cycles, Hofstra University hosted a Presidential Debate, and the campus was jumping.  Several on-campus viewings were held, from the Student Center to Hofstra USA, and each of them was packed to the hilt as students, staff and guests rushed to be a part of this special occasion.
Throughout the day, hundreds of students were able to enjoy coverage from countless media that flocked to campus in preparation for the night's big event.  They were also privy to expert panels discussing debate theory, pre-debate town halls, and Issue Alley for which 26 student groups set up displays in order to educate their peers about issues important to them.  All of the excitement, however, came to a peak when the two candidates made their way onto the debate floor and proceeded to trade barbs in heated exchange after heated exchange.
﻿
It was remarkable to be on campus during the debate, and witness a over year's worth of hard work pay off in a single night.  We couldn't be prouder in our student body, our staff and everyone else who made the debate possible.
Posted by Nolan Meditz at 3:03 PM 444 comments

This past weekend Hofstra University held its annual Fall Festival. This event always gives Hofstra families a chance to enjoy some quality time together throughout the weekend over food and music right on campus, but it could not be possible without the incredible efforts put forth each year by Parent Volunteers. Every time we hold this event, it is amazing to see how much Hofstra Families are willing to do to help us make the weekend run smoothly. From blowing up balloons to decorate the plaza room, to helping direct guests on campus, to helping set up the tent for our Sunday Barbecue, Hofstra Parents always go above and beyond what is asked to make sure everyone gets the most out of their time during these sorts of events. So, thank you to all of our Parent Volunteers, who made Fall Festival 2012 such a success! 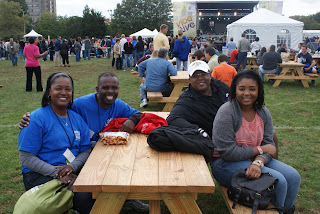