Helpful Hints for Getting Your Student Through Finals

Final exams are trying; not only for the students, but also for the parents, who are there each step of the way, hoping and praying their student gets through the week in one piece. Leading up to the home stretch, it's important that your student realizes you're there for them. Whether they're preparing for graduation or finishing their first semester, here are a few things that you can do to help them get over the last hurdle of the semester: 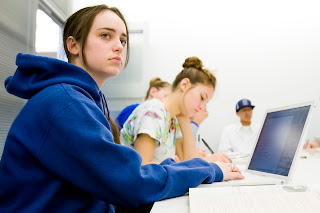 
Yes, the semester is nearing its end, but there is still plenty to do on campus for students and their families alike. Since October 1, we have been fortunate enough to have an exhibition showcasing classic and contemporary editorial cartoons.  The collection, entitled "Political Slant: Editorial Cartoons," includes examples of five contemporary artists--including current Newsday contributor, Walt Handelsman--as well as several woodcuts from 19th-century master, Thomas Nast. The exhibit includes early draft sketches as well as examples of fully-finished digital prints from the contemporary cartoonists.


Each cartoonist uses caricature and symbolism to push forward their editorial opinions. Some of these images are so affecting, that they become part of our national iconography: Nast, for example, was the first to portray the Democratic and Republican Parties as a donkey and elephant, respectively. Far removed from Nast's stark detail, the five cartoonists on display convey their messages through vibrancy of color and more cartoonish styles of drawing. The one constant, however, is humor, and through their work, each cartoonist brings their own sense of humor to the fore. Whether it's Mike Keefe's broken escalator of upward mobility, or Walt Handelsman's frumpy museum-goers bemusedly observing a post-modern painting of 2012's economic indicators, you cannot help but enjoy their ability to underscore the absurdity of current events.


The exhibition will be up in the David Filderman Gallery (ninth floor of the Axinn Library) until December 21, so if you decide to surprise your student with a late semester visit or even as your helping to pack everything up for the holidays, you can stop by and enjoy a good laugh courtesy of some quality cartoons.

A Look Back on Hofstra's Hurricane Response

The impact of Superstorm Sandy was undeniably devastating: many were displaced and the feelings of lost power far transcended not having electricity. And even now, weeks after the storm, public transportation and infrastructure are still undergoing maintenance. Yet, in the immediate aftermath, as beaches eroded and homes were lost, many within the Hofstra community stepped forward to help those in need, and though Thanksgiving has already come and gone, there are so many students and staff members who deserve recognition and thanks for their contribution to the relief efforts.

Assistant Director of Residential Programs, Jennifer Spade, for example, helped organize the services provided to students, faculty and staff affected by the storm. At the peak of the relief effort, by working together with the Dean of Students and Director of Off-Campus Living and Commuting Student Services, Anita Ellis, Jennifer and Residential Programs were able to house about 80 members students, faculty and staff who lost their homes in vacant rooms in on-campus residence halls. Anita, herself, was steadfast in her effort to make sure that students in off-campus residences were okay following the storm. She drove throughout the area, checking to see if they needed supplies, if they were in contact with their landlords and if they knew about Sandy's List, an online directory that allowed students both on and off campus to offer temporary housing to students who were without heat and power in the wake of the storm. Two days following the storm, an email was sent to students informing them of this offer and by November 1, storm victims were already moving into temporary housing. At its peak, the service provided aid to over 70 students. Hofstra students also housed friends and classmates through other, more informal efforts, to ensure their fellow students had a warm place to stay while the surrounding area recovered.

There are also those, students and staff alike, who went to the areas most affected to make sure donation materials got where they were needed most. People like Kerri Tortorella, Director of Communications for Student Affairs, who helped organize the main donation drop-site in Freeport, and the students who traveled to Long Beach for clean-up and collections proved what a wonderful community we have.
﻿
﻿

This semester has certainly been unique to say the least, and it has been especially trying for the parents and families who hoped everything was okay. We sent emails and updates through social media to keep everyone abreast of the situation, and we could not believe how strong the response was. Hofstra parents donated generously to our Supply Drive and Community Disaster Fund, which directly aided students, faculty and staff affected by the storm. Families from all around the country—from nearby towns all the way to California and Washington State—volunteered their services to make sure everyone affected got back on their feet. We also received countless calls from concerned parents traveling from as far as New Jersey to help with the relief efforts on Long Island.

We are constantly reminded how giving each of our Hofstra family members is, and we could not have made such a strong recovery if it were not for the efforts of everyone involved.
Posted by Nolan Meditz at 11:03 AM 479 comments